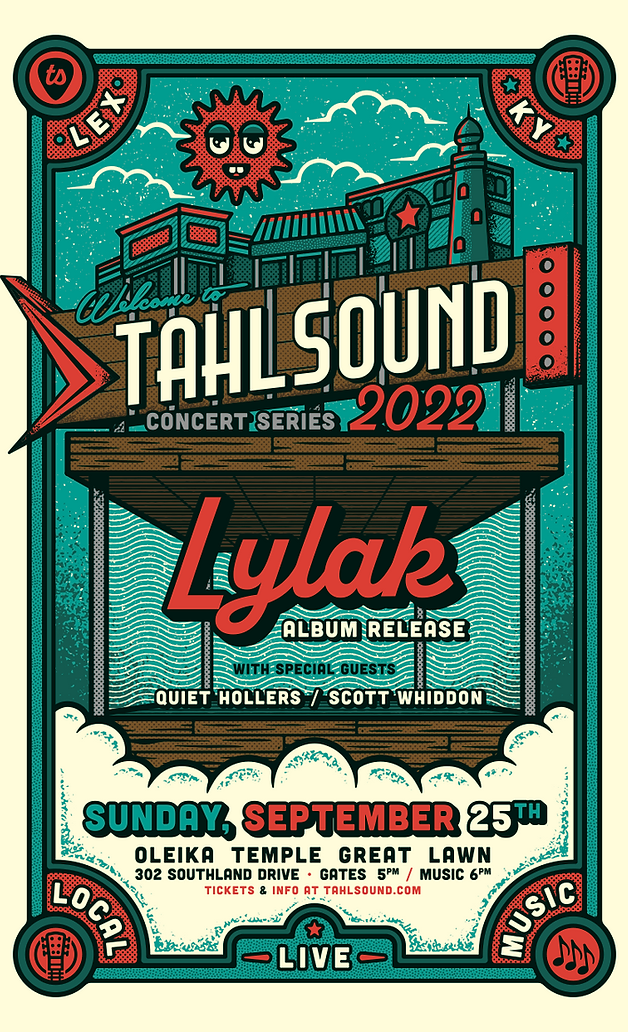 To celebrate, elevate and recognize our neighborhood’s musical and artistic vibrance through an inclusive festival with emphasis on artists from surrounding communities.

With a name that hints at color and nature, Lylak makes a point to play with heart and leave the stage a bit more beautiful than they found it.

Quiet Hollers formed in Louisville around singer-songwriter Shadwick Wilde. Their alt. country-styled debut, I Am the Morning, came in 2013, spawning a cult following via some critical praise, allowing the band to tour heavily, where changes in personnel and musical direction saw the band exploring territory beyond their beginnings.

Scott Whiddon is a musician, writer, and teacher living in Lexington KY. Along with playing bass for Letters of Acceptance, he’s shared stages with artists ranging from Athens GA indie legends Elf Power to NPR/Pitchfork fave Lucy Dacus. From 2012-2016, Scott served as music director for the Harry Dean Stanton Fest while developing grant-supported film scores for Richard Knox Robinson (Smithsonian/National Geographic). His new solo album, the Best of Intentions, was produced by J Tom Hnatow and is set for release in Spring 2023.

Pay what Can + Tables available for $145