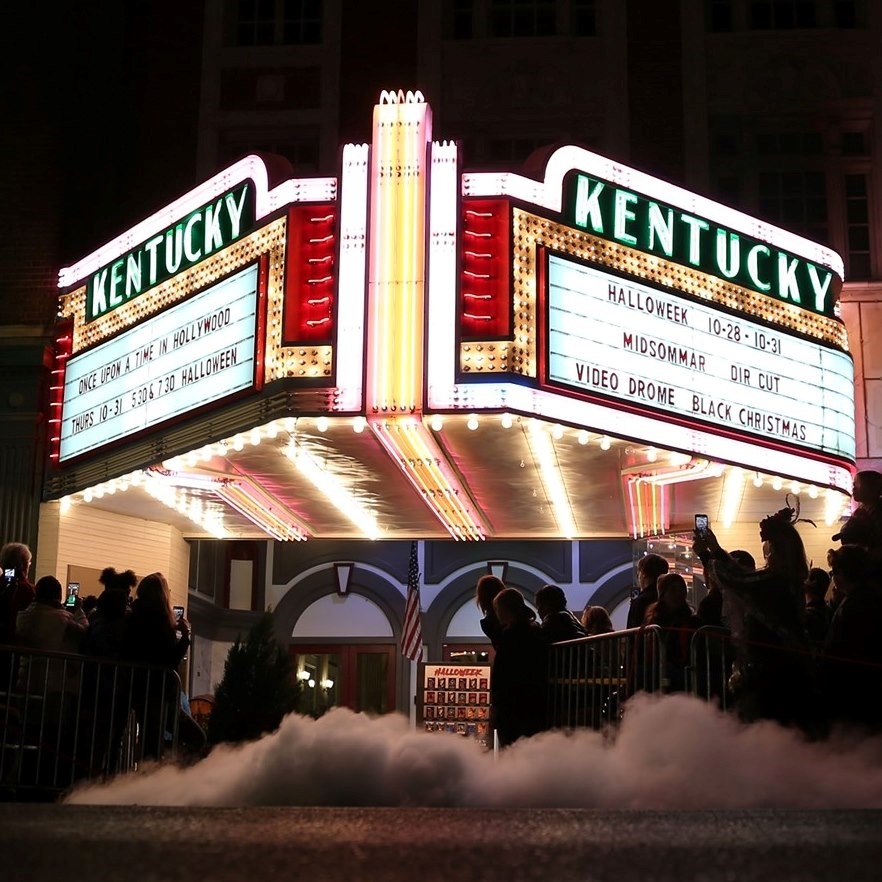 The Kentucky Theatre officially celebrates its 100th anniversary in Downtown Lexington and they are using the whole month of October to celebrate! Make sure you swing by and show them your support!

It wouldn’t be a birthday without a party. And 100 deserves a real bash! Join us on Saturday, October 8 for The Big 1-0-0h! Anniversary Gala and Shindig.

Like a great double feature, we’ve divided the evening into two parts. The fun begins with our Gala. Dress for cocktails, sip Jazz Age libations, and nibble hors d’oeuvres from Dupree Catering while enjoying short films from the 1920s and Hot Club jazz performed by the fabulous Faux Frenchmen.

Looking for something a little more casual? Join us later in the evening for our birthday party Shindig. Come as you are or break out your party duds. We’ll have more short 1920s films and swinging music by Lexington’s own The Swells.

In addition to that, with Halloween just around the corner, they will be showing classic horror films throughout the month, including Coraline, Hocus Pocus, The Masque of the Red Death with Vincent Price, and a special showing of Nosferatu with live organ accompaniment on October 15. On October 19, live music will make its return to the theatre through Jeff Tweedy of Wilco.