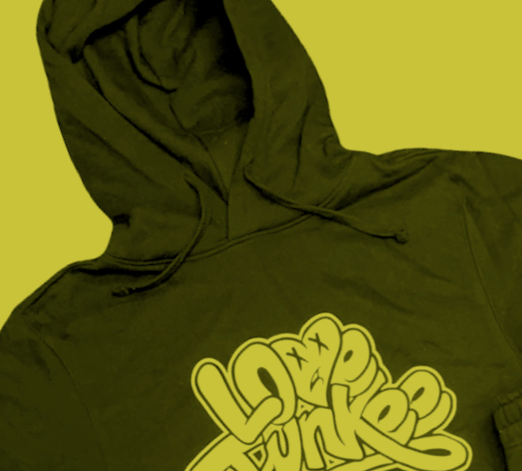 Hip Hop’s relationship with the fashion world has an interesting and very important history. As Hip Hop arose from the streets with an outsider status, it gave birth to its own distinct fashion style and aesthetic — unlike anything seen in the mainstream fashion world — which has developed and evolved in unique ways over time.

The group most responsible for establishing and defining Hip Hop’s trademark “street” look was Run DMC, who famously adopted Adidas tracksuits and laceless shell-toed sneakers as their signature uniform. Adopting this street look, the group rejected the highly glamorous looks of early Hip Hop in favor of a grittier (although still flashy) look. Soon after, many rappers began adopting the trends and introducing a mainstream audience to street style for the first time.

Today, Hip Hop artists are some of the most prominent and influential icons of fashion. Some artists have modeled for elite designer brands, have their own signature collections or have even become successful designers themselves.

This exhibit is a visual of local and regional designers of streetwear and urban fashion who, with an organic entrepreneurial start, created a multibillion dollar, global, cross-cultural industry rooted in the early days of Hip Hop and continuing through today.