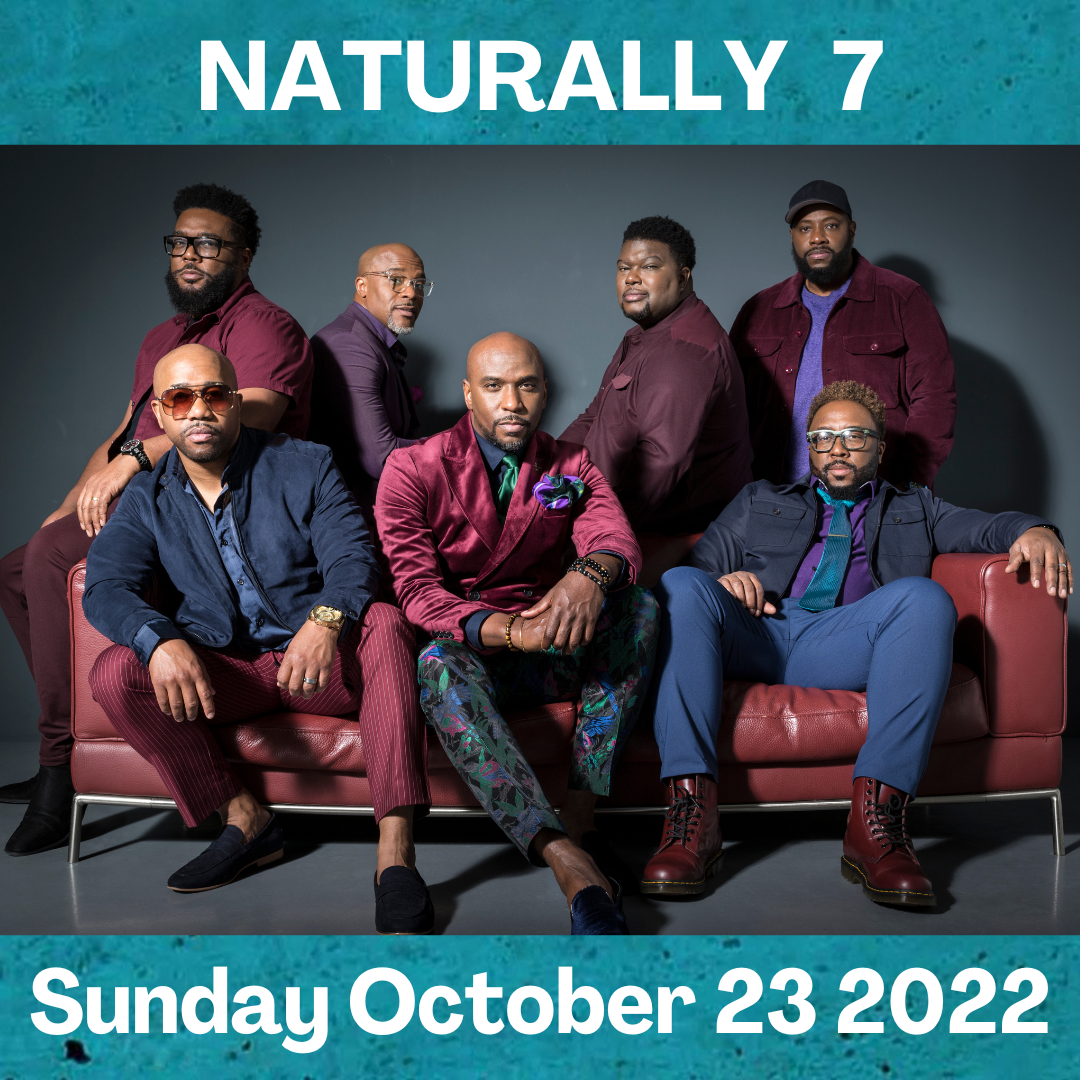 Naturally 7 was founded in 1999 by brothers Roger and Warren Thomas, from Rosedale, Queens. The brothers recruited five other singers they had come to know over the years of singing around the city. Roger Thomas developed his singing quality after being in and out of several traditional male groups over the years. Naturally 7 is more than a tightly orchestrated collection of great singers. They transform their voices into actual human instruments, effortlessly producing music of any genre. Their vocal choreography is so perfectly interwoven that they compelled the musical maestro himself, Quincy Jones, to declare them “The best a cappella group in the world!”

A still-vibrant 20-year career, which includes 3 world tours – nearly 500 shows – with the incomparable Michael Bublé, shared billing with global phenomenon Coldplay – including a sold-out show at the Barclays Center – and owned the spotlight in a pair of national Cheerios commercials. Naturally 7 has also shared the stage with numerous icons, including Stevie Wonder, Diana Ross, Quincy Jones, Sarah Connor, Lionel Richie, Ludacris, The Roots, and more. Counted among their world-famous fans are President Barack Obama, Will.I.Am., Ellen DeGeneres, Craig Ferguson, Bill and Melinda Gates, Jay Leno, Allan Titchmarsh, Mo’Nique, Jools Holland, and Arsenio Hall, along with countless others. With the release of their latest project, 20/20, Naturally 7 comes full circle, adding a fresh spin on 20 fan favorites, hand-selected by fans the world over. This, their eleventh studio album, celebrates their 20th anniversary in the music industry, giving music lovers all they could hope for, and then some.