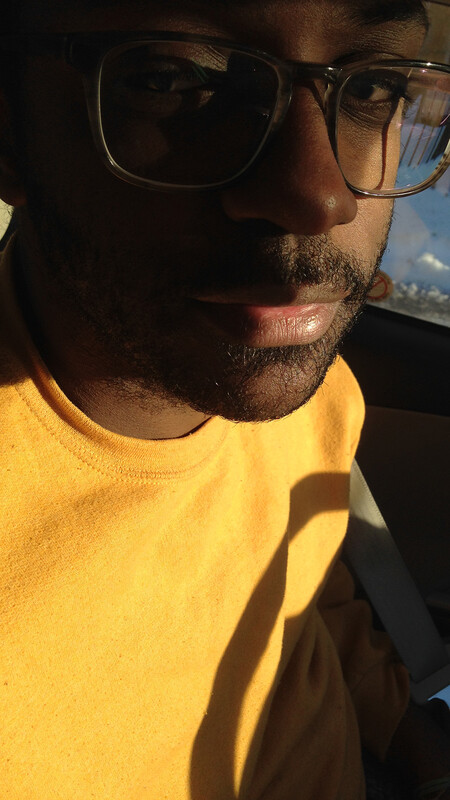 RaMell Ross is a poet of image, sound, and language. His award-winning documentary Hale County This Morning, This Evening is rooted in a county established after the Civil War in western Alabama. Ross moved there from Washington, D.C., immersing himself in a slower way of life, experiencing the legacy of the South in the African-American experience, as a Northerner who did not know it firsthand.

Ross lived in Hale County for more than nine years, providing job-training, teaching high school equivalency courses, and helping to coach the Greensboro High School basketball team to a state championship. He became part of the community before embarking on a series of photographs, and later the film. “We look at Black folks,” Ross says. “We don’t often look from Black folks.” The still images are evocative; in “Shay and the Giving Tree,” a girl is slung over a low-hanging branch; she may be daydreaming but the image inevitably recalls lynchings. The documentary unfolds slowly in scenes that are sometimes dreamlike, whether the camera is tracking down the main street, in a high school locker room, or in the living room of friends. We are immersed in the places and stories that could only be told by someone who has gained trust over years.

Hale County This Morning, This Evening is the winner of the 2018 Sundance Film Festival’s U.S. Documentary Special Jury Award for Creative Vision, the Gotham Independent Film Award, and the Cinema Eye Honors Outstanding Achievement in Nonfiction Feature Filmmaking. It was nominated for an Academy Award. Ross’s photographs have been exhibited internationally and appeared in outlets such as the New York Times, the Washington Post, and Oxford American. He is a winner of an Aaron Siskind Individual Photographer’s Fellowship Grant and Sundance Art of Nonfiction Fellowship. He is a Mellon Fellow in Brown University’s Visual Arts Department, currently in residence at Princeton University.

Image courtesy of the artist