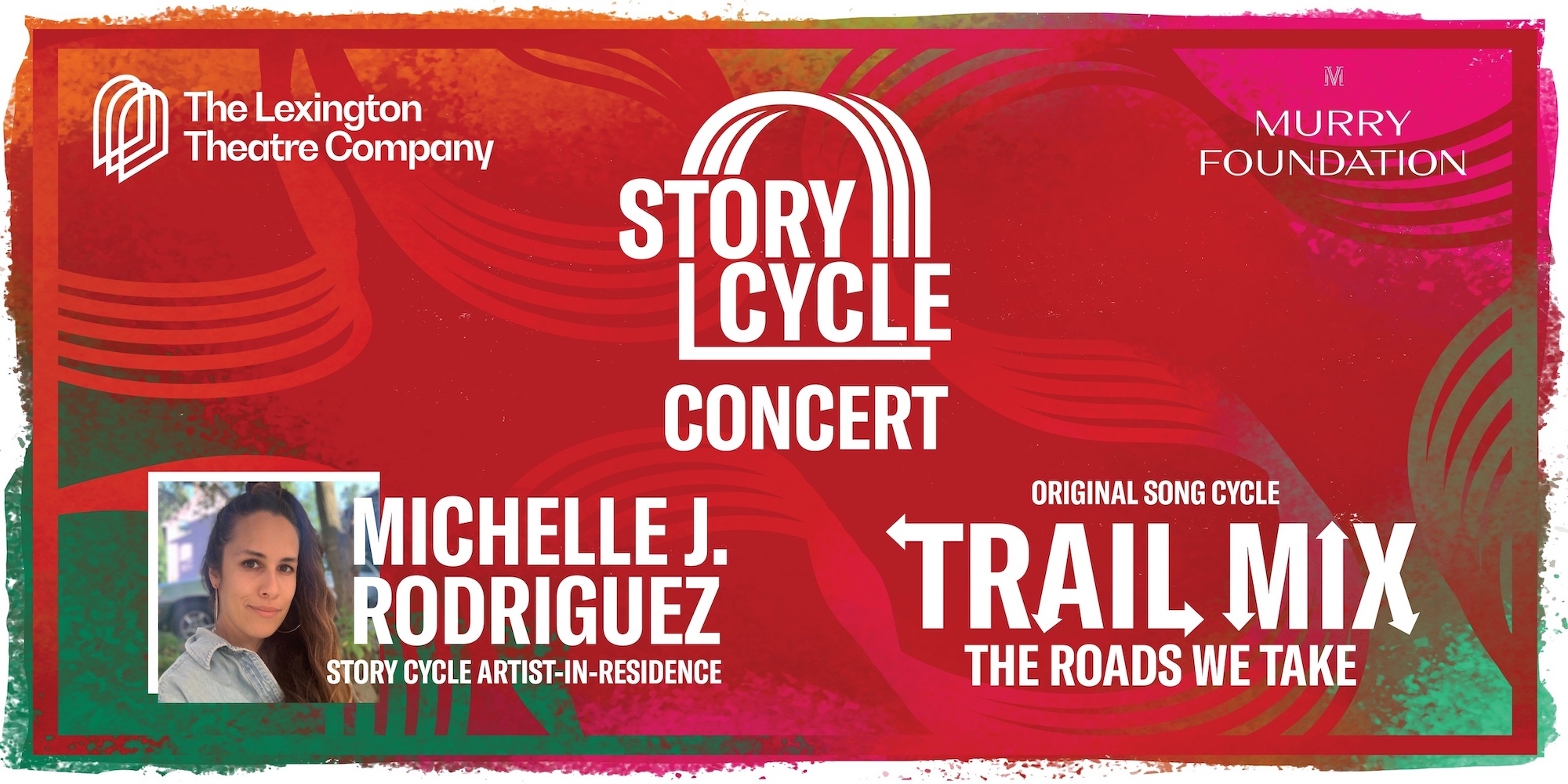 The Lexington Theatre Company (The Lex) is thrilled to welcome Story Cycle Artist-in-Residence, Michelle J. Rodriguez, to perform a selection of her work for the stage, including world premiere songs, at the first-ever Story Cycle Concert.  She will be joined by the Story Cycle Class of 2022 as they premiere their original song cycle, “Trail Mix: The Roads We Take,” which explores life’s journeys, those who walk alongside us, and the courage to take the next step.

Michelle J. Rodriguez is an accomplished artist who performs and writes in the worlds of music and theater. Raised in the Pacific Northwest and Kentucky by Puerto Rican parents, she is a graduate of Henry Clay High School in Lexington. Her work explores kids-of-immigrants stories, divine femininity, intuition, joy as resistance, healing and spaces in-between. Ms. Rodriguez is a commissioned artist at Portland Center Stage, a Van Lier Fellow at Ars Nova, a member of Ars Nova’s 2020-21 Makers Lab, and has received support from New York Theater Workshop, The Public Theater and many more.

Story Cycle empowers the next generation of storytellers to find and raise their voices through musical theatre songwriting and was conceived and directed by Joseph Wrightson (Creative Media Designer/Outreach Coordinator at The Lex). Since its creation, the program has released two albums of original, musical theatre songs written by young artists; however, this will be the first time the students will perform their songs in front of a live audience.  The April 22 concert will also be recorded and later released as a live album.  Album proceeds will help to grow and continue this important program.

Story Cycle is sponsored by the Murry Foundation and offered at no charge to the participants, in an effort to promote equity, diversity and inclusion.

The Story Cycle Concert is Friday, April 22 at 7:00pm at the Carrick Theater in the Mitchell Fine Arts Building at Transylvania University. Tickets are $15 and seating is General Admission. Masks are required for attendees.

The Lexington Theatre Company presents THE SOUND OF MUSIC