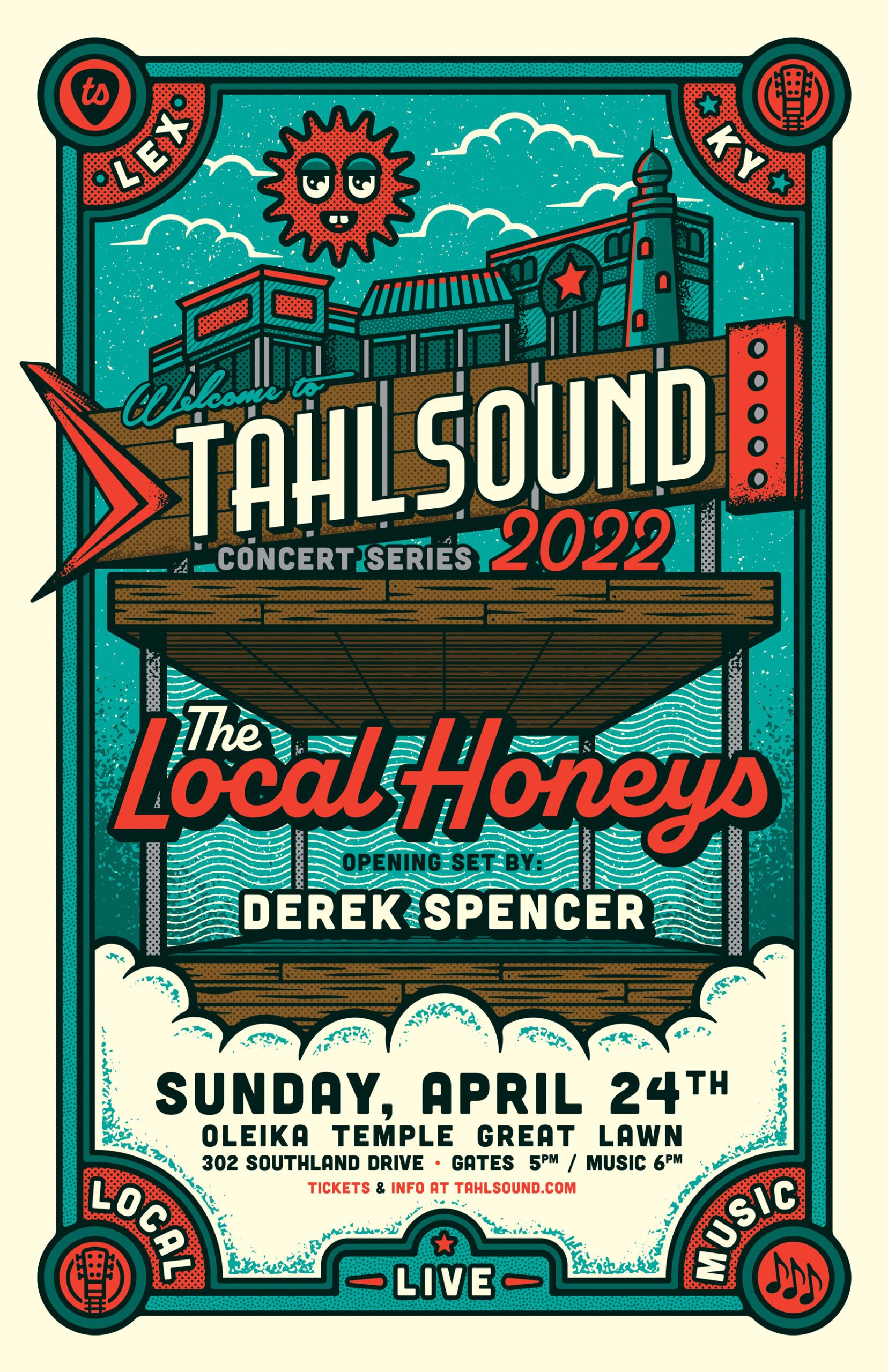 Tahlsound welcomes The Local Honeys to Southland Drive!
Opening performance by songwriter Derek Spencer.
Tickets are donation based, pay what you wish so that no person is discouraged by lack of income.
Your funds go to support the artist and Tahlsound’s mission “To celebrate, elevate, and recognize the Southland neighborhood’s musical and artistic vibrance through an inclusive festival with emphasis on artists from surrounding communities”
So please, be as generous as you are able and help us bring live music to Southland Drive!
THE LOCAL HONEYS
“Their debut album, Little Girls Acting Like Men, propelled them on tours through the United States and Europe with Colter Wall. Soon, they found themselves focal points of traditional music festivals, becoming a headline draw throughout the UK almost instantly.
Since then their specific sound of Appalachian music has grown, along with a fan base of music enthusiasts and proactive culture. A tour with Tyler Childers in early 2020 was followed up by a fun, yet controversial album The Gospel. With two records at their back, The Local Honeys set a standard for the preservation of old-time, hillbilly music, and the contemporary influences that inspire their songwriting. The Local Honeys have true charisma, and on stage, there’s no doubt they are headline artists.”
DEREK SPENCER
From the hills of eastern Kentucky, Beattyville-native and singer-songwriter, Derek Spencer found a passion for songs, like so many other Appalachian youths, in church – at his mother’s side singing from the Sunday hymnal. Embodying the purest form of folk tradition, Spencer is ultimately a storyteller. His songs and stories are filled with the characters and conflicts so familiar to Appalachian culture such as faith, doubt, damnation and redemption – but never without the one element that makes art universal – humanity.
Tahlsound’s mission is:
To celebrate, elevate, and recognize our
neighborhood’s musical and artistic vibrance, through an inclusive festival with emphasis on artists from surrounding communities.
Tahlsound thanks LexArts for their fiscal sponsorship during the 2022 concert season.
More info at www.tahlsound.com
Tags: Derek Spencer, live music, music, Southland Drive, Tahlsound, The Local Honeys

Pay What you Wish, Donation based Event