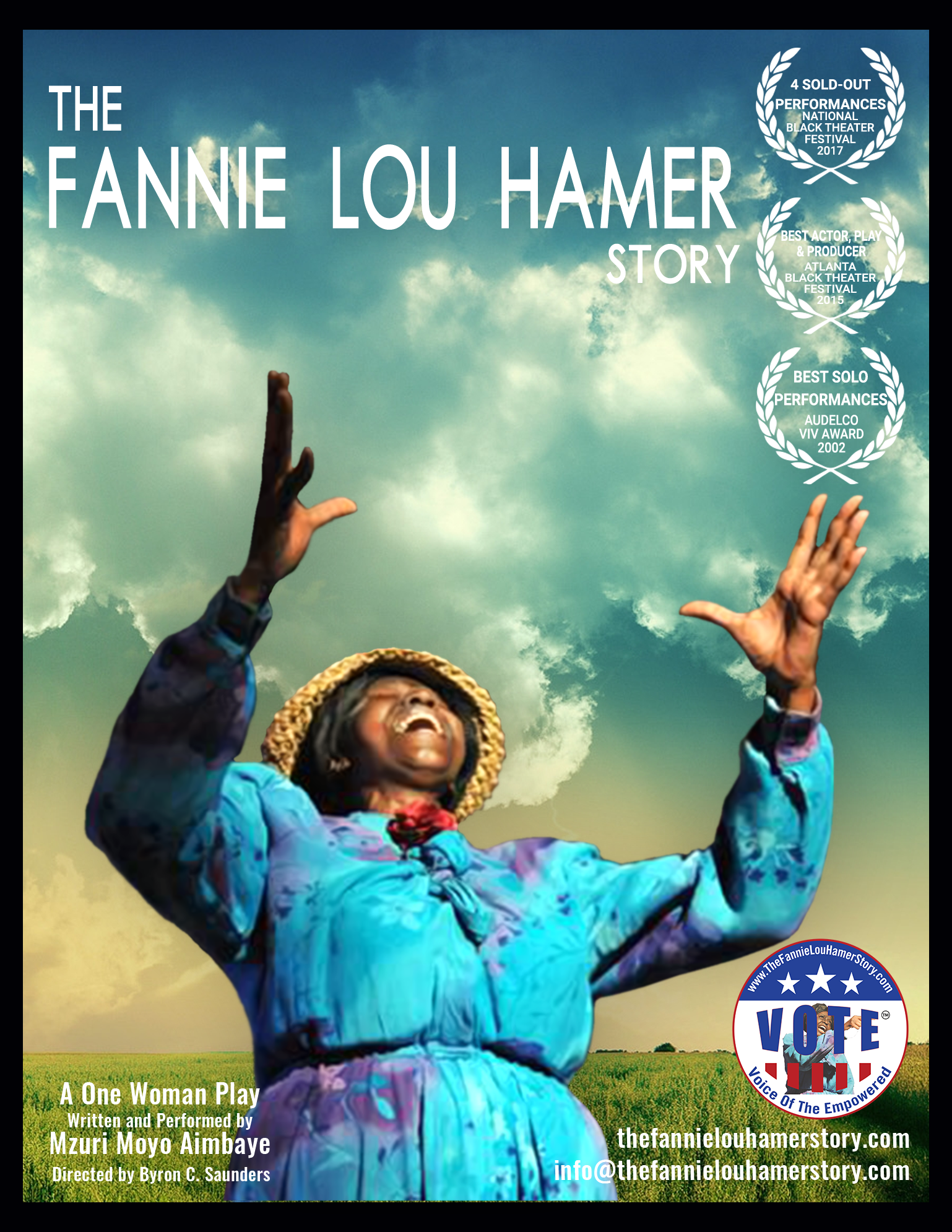 Born in Patterson, NJ, Mzuri Moyo Aimbaye is an internationally acclaimed vocalist, actress, and multi-award-winning playwright of The Fannie Lou Hamer Story, One Woman Play in which she performs. Ms. Aimbaye transfixes the audience on a riveting 90-minute journey of storytelling, video montage with twelve inspiring songs about Mrs. Hamer’s activism as the “Mother of Voter Registration” for Black people which aided in the passage of the Voters’ Rights Act of 1965.