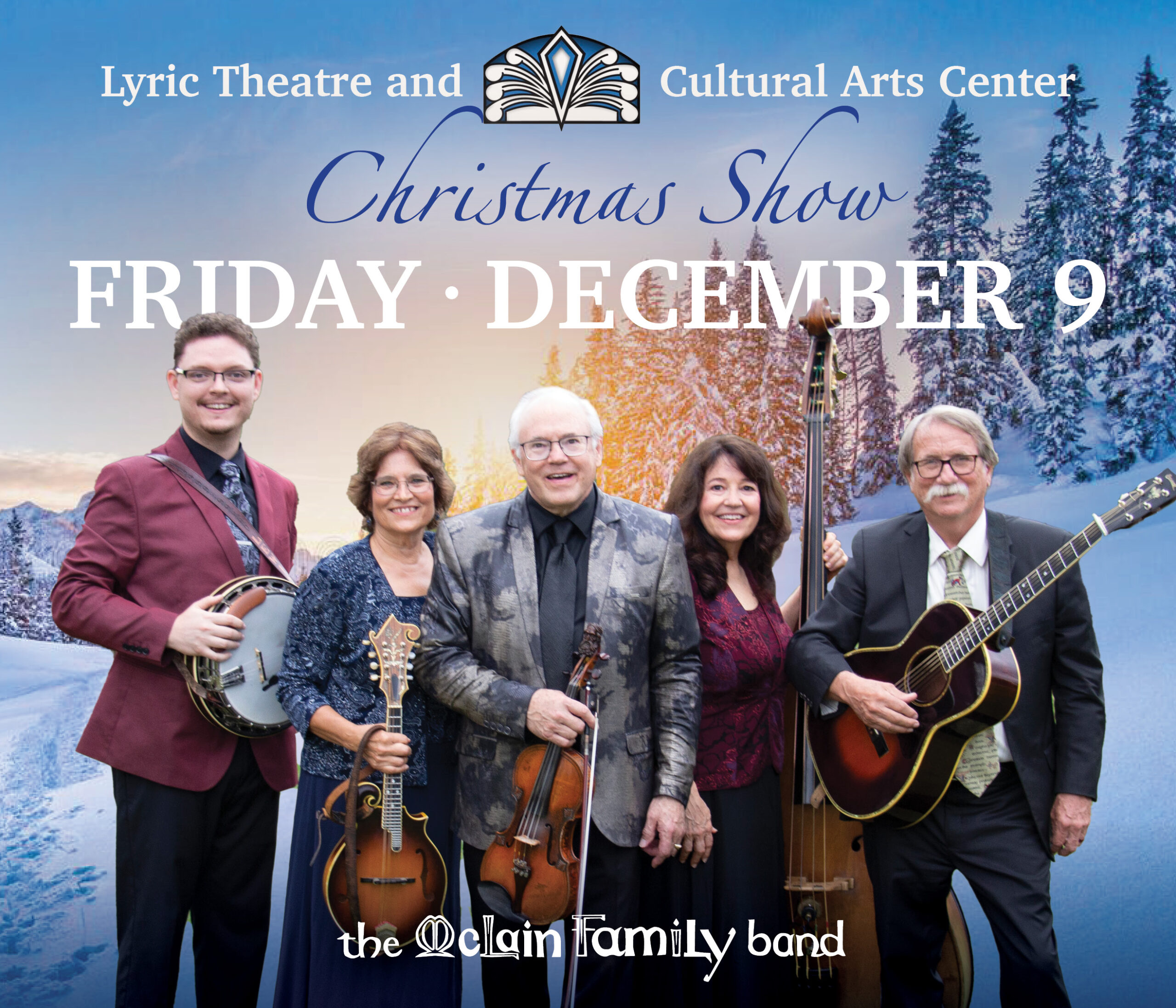 Come home for the holidays on Friday December 9 to The Lyric Theatre, Lexington’s historic African American theatre, and visit with The McLain Family Band as they are certain to fill your hearts with their down home brand of the sweet sounds of the Christmas season.

Direct from the hills of Kentucky, The McLain Family Band has become internationally known as one of the most spontaneous, creative and spirited groups performing contemporary Appalachian Bluegrass music.

Recipients of the International Bluegrass Music Association’s Distinguished Achievement Award, the McLain Family Band has become internationally known as one of the most spontaneous, creative, and spirited groups performing original and traditional bluegrass music.

Since 1968, they have performed in all 50 states – and 64 countries during 15 international concert tours, some as musical ambassadors of the U.S. Department of State. The McLain Family Band has appeared on prestigious stages such as the Grand Ole Opry, Carnegie Hall, Kennedy Center for the Performing Arts, the Lincoln Center, the Metropolitan Museum of Art, and the Carter Family Fold. They have been featured at thousands of festivals and concerts and performed as soloists in more than 230 appearances with orchestras.

Having visions of sugarplums dancing in your head? Get your tickets today and bring the whole family for a night of pure Christmas joy and music!